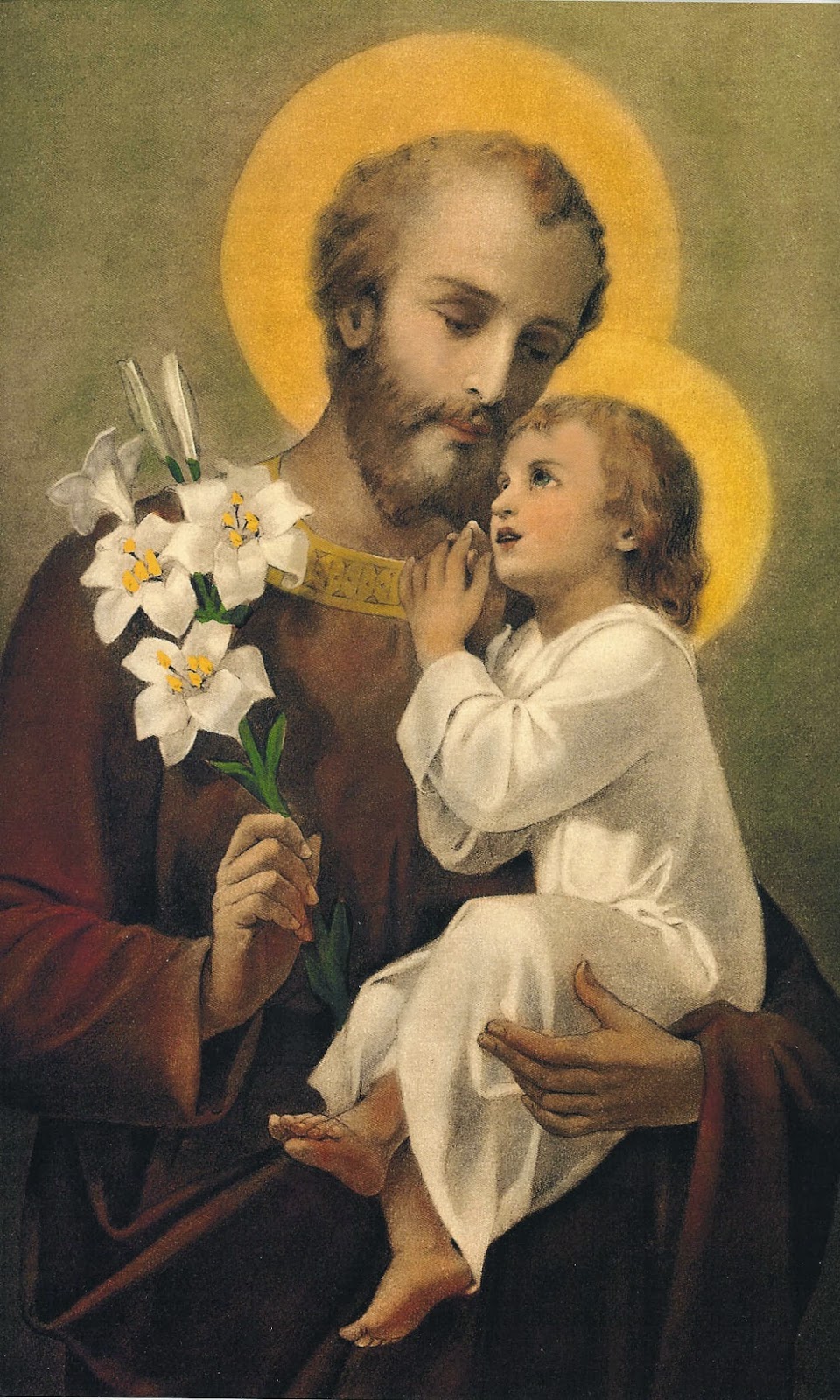 “We don't understand it,” says the readily posed common objection by the post-Vatican II generation – and even by a number of elder Catholic folks - against the Traditional Roman Rite of Divine Worship in Latin (the Traditional Latin Mass).

When St. Joseph learned of the Most Blessed and Immaculate Virgin bearing Child, although he did not knew Her, he thought of dismissing Her privately rather than exposing Her publicly – his confession of Her perfect fidelity in chasity but it was a confession of a perfect soul in “dark night:” how was it made possible without offense against God and men? God only answered that the conception of the Child was entirely by the operation of the Holy Ghost – this should suffice; and Joseph, a just man that he is, did not murmur, “I still don't understand...,” for God's work need not conform to our sens[e]-ible manner of appreciation.

Thus, the objection, among a host of its possible conclusions, only betrays that what was proposed to be rather 'rationalized' was already actually something else: other than that same perfect sanctifying work of the Holy Ghost that was the pattern of the Tabernacle and Temple service of the true God in the Old dispensation (which was man's preparation to adore at the foot of the Crucified – the real Lamb of God Who takes away the sins of the world by the shedding of His Most Sacred and Precious Blood). From the service of God – why all the redeemed, from the Summus Pontifex down to the least layman, are directed towards the primacy and centrality of God “really, truly, and substantially” (The Roman Catechism) present as our King before all ages, delight[ing] to be with [us], on His exalted throne [why the traditional Catholic altar is high – elevated] in His sacred court [why the Traditional Catholic Sanctuary is arranged as a “royal court” - not the Protestant celebration 'stage' for commemorative-Supper-fellowship], cf., our post “The CatholicSanctuary Prefigured of Old – II” - to the service and cult of man: the “People of [non-'Catholic God' – according to the 'presiding' usurper (why, cf., our post The powers of heaven shall be moved)]” is the one really addressed and made the “New” focal point of the reverse orientation and direction (the Immaculata in battle-array does not apologize about it: “diabolical disorientation”) and this sense of the 'spirit' of Vatican II, oozing from its very heart which is the “New 'Mass'”, was not lost to the subconscious power of the mind which would only logically require a 'rationalization' of this 'right'. And that therefore the “New Rite of 'Mass'” is not the work of our eternal High Priest but a “fabrication” (Card. Ratzinger, later Pope Benedict XVI, Preface to Msgr. Gamer's “Reform of the Roman Liturgy”) conceived of perverted men is evidenced by the impious hands of a Freemason, a dum[b]y of the Synagogue of Satan (Apoc. 2.9; 3.9) - Bugnini, modeling the sanctuary of the “New Church” temples after the Masonic chambers (cf., our post “Catholic Sanctuary II”, link already provided above) - assisted by the heretical leaders of “Bible-only” sectarians [why the interior of the “New Church” temples do not differ also from their 'table'-furnished ones].

Pope St. Pius X taught that the Holy Sacrifce of the Mass is “the perfect and highest form of prayer.” And one of the “royal” roads to the heights of authentic prayer where there is the pervasion by the Holy Ghost, our Father St. John of the Cross, in his Ascent of Mount Carmel, teaches: “not by understanding.”