Laetare Jerusalem (Rejoice, O Jerusalem, Is. 66.10). Thus, Holy Church bids us in her Introit for today's Mass as it is in her, not in the Synagogue which witnessed the tragic destruction of its life - the accursed Temple which shall never rise again - that this passage was perfectly realized. Indeed, the Lord is round about His people, from henceforth now and forever (from the Tract of the Mass, Ps. 124.1-2) so that she shall not be moved [that is, she shall not fall into official idolatrous cult for she can never fall into official doctrinal error in the first place: being deceived with error thou adore strange gods, and serve them (Deut. 30.17); cf., Mt. 16.18 why 1 Tim. 3.15 - contrary to what the 'Bible-only' sectarians impiously asserted].

In today's Holy Gospel (the feeding of five thousand men, Jn. 6.1-15), the Lord and Savior manifested the might of His divine solicitude providing, out of five barley loaves and two fishes, for the hungry multitude who followed Him that they not faint even unto spiritual death. By this miraculous bodily refection, He is pointing to us who now see with the eyes of Divine Faith the Mystery of the Holy Eucharist : 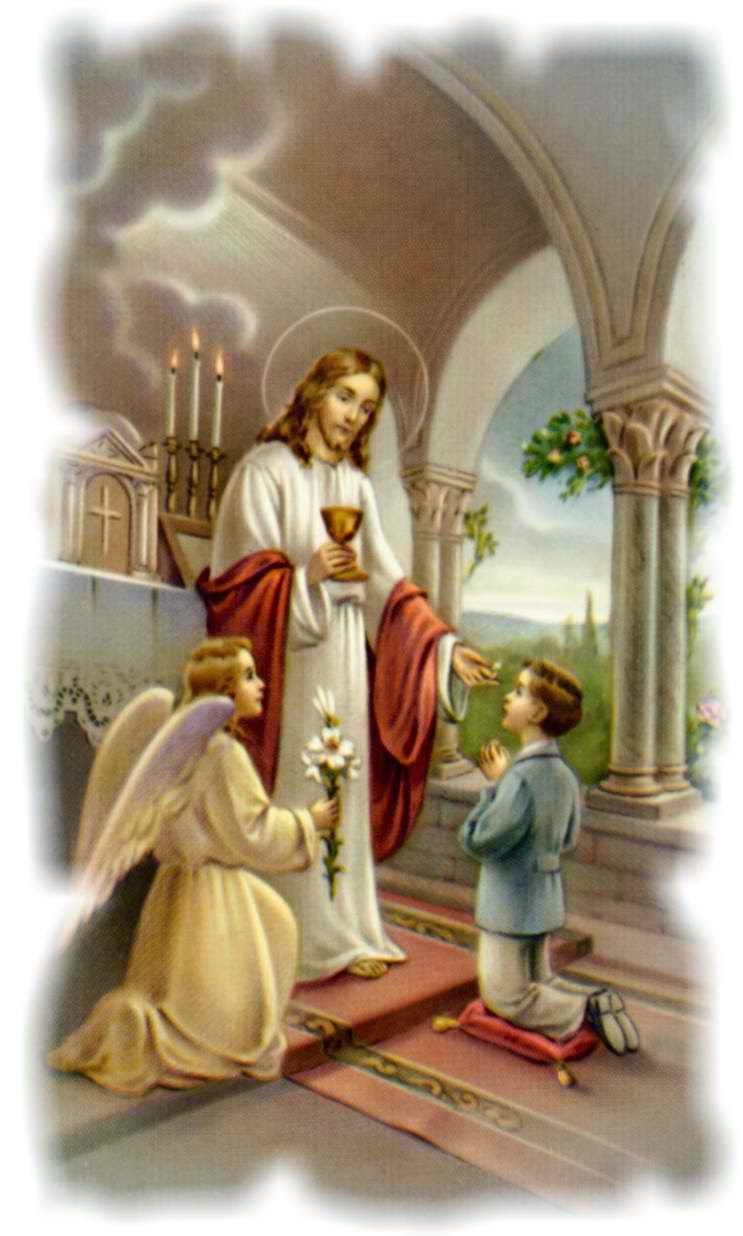 1. It was only Our Lord Who distributed - why the true Catholic priesthood is the perpetuation unto perfection (Ex. 29.9) of the priesthood of Old to which office alone belongs the handling and administration of the Sacred.
2. The care for the fragments (Jn. 6.12) of the Living Bread - for even in their smallest particle is, by Concomittance, the same Real, True and Substantial Lord and Savior whole and entire -by His priests lest they be desecrated as when received by unwashed unconsecrated hands (the Protestant practice of the "Vatican II-Church" and granting that the Neo-Catholic priest standing as a Protestant assembly-"presider" in Lutheran or Episcopalian attire is positively, not probably, a validly ordained one).
Truly, the Church was still not moved to hand over to the dogs the Living Bread though the desacralizing 'spirit' of Vatican II has swept so vast a number of her indifferent and complacent children under false Neo-Catholic/Neo-SSPX obedience by Apostolic Resistance of standing fast and holding the traditions... we have received of the Apostles. Laetare Jerusalem! for, to borrow from the counsel of St. Francis de Sales in one of his Sermons on the Feast of the Purification of the Blessed Virgin Mary, she, the true Catholic Church being the true solicitous Spouse of a most solicitous Christ, has chosen the more consoling role: to rather attend to the great care of her Beloved Who comes to her tabernacle under the form of a hapless wafer.